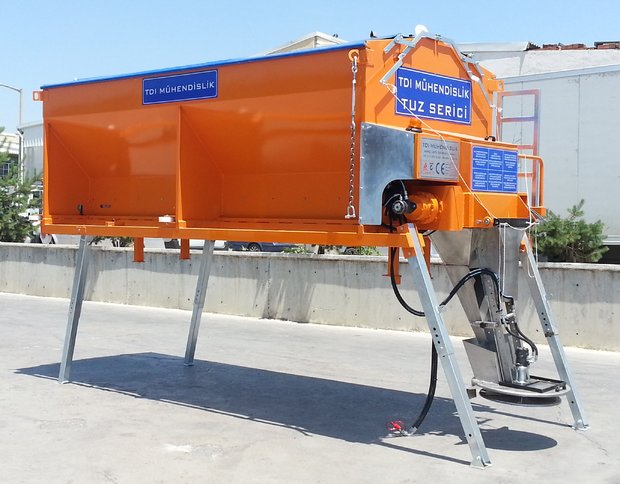 Salt spreader equipments are used for spreading mixture of salt-aggregate and solution materials  to prevent icing problems on roads during winter conditions. In order to have more efficient salt spreader trucks ,  it’s important to adjust amount of de-icer materials spreaded on the road, as well as the width of spreading with respect to altering road and weather conditions. In order to produce successful salt spreading machines which works flawlessly even in case of most harsh conditions, the system must be constructed with a good hydraulic circuit consisting of high quality hydraulic components ,  an electronic control unit controlling the hydraulics and a robust mechanical structure.

Hopper size changes between 4 to 9 cubic-meter for HC Series Salt Spreader. That series are produced with standard features but  various volumes, with respect to carrier vehicle’s capacity and dimensions.

Loading legs are produced in 2 types in accordance with carrier vehicle’s specifications in order to provide quick and easy loading/unloading. Legs are hot galvanized , light but have enough strength to carry the system.

Salt spreader operates with hydraulic drive, and it uses carrier vehicle’s engine as a source of power. According to the specifications of carrying vehicle, power is transmitted via v-belt pulley mechanism directly from the engine or an oil pump is attached to the NMV gearbox.

HC Series salt spreader has two different type of feeding systems transmitting salt from hopper to the spreading mechanism at the rear side. Providing continuous salt conveying and spreading are done with hydraulic motors.

The feeding system is realized by chain with welded cross-bars over a stainless steel sheet. 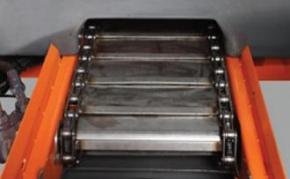 The feeding system is realized by rubber belt driven with traction rollers. 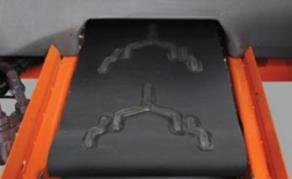 Roller breaker which is driven by a hydraulic motor is attached at the exit of feeding system in order to enable continuous material flow from the hopper to the spreading unit, breaking the salt lumps and avoiding the uncontrolled falling. 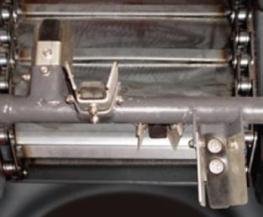 A DC electrical motor attached to the salt spreading system enables asymmetric spreading of materials on the road surface, in other words, spreading can be done mostly to the left side, middle of the road or right side of the road. 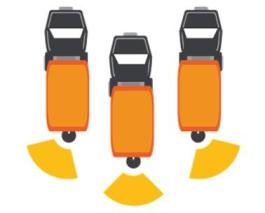 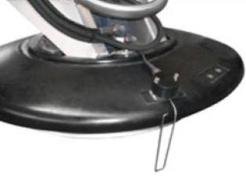 Brine spreading is done with a volumetric pump driven by a hydraulic motor which is proportionally controlled from the control panel located in driver cab. 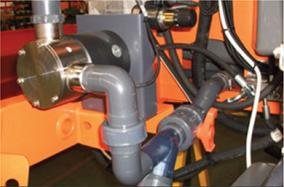 HC Series Salt Spreader is controlled by a digital display electronic command panel that is attached in the driver cab. Communication between command panel and hydraulic system is constructed with wire with socket connection or wireless with RF (radio-frequency). Spreading adjustment can be automatically controlled with this control panel.

Control panel consist of the following functional buttons and indicators: